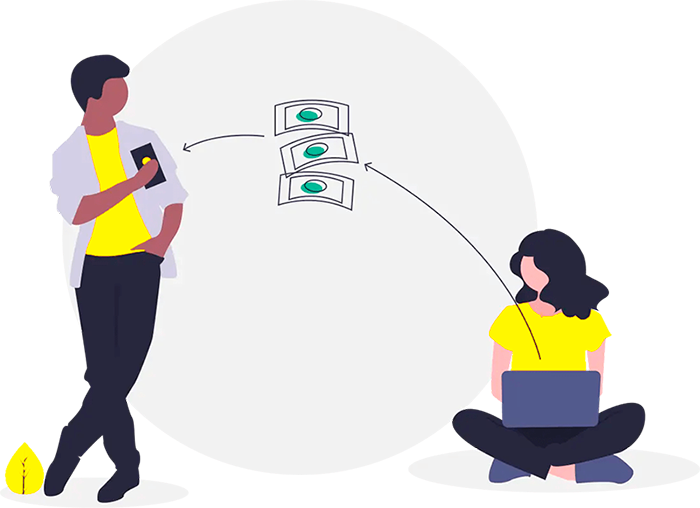 What are Blockchain Smart Contracts and what benefits do they provide? One of the tools of the still-developing blockchain technology is the so-called smart contract. What is it and how can it help us?

A smart contract is a smart contract that looks like a computer algorithm. It operates on the basis of blockchain technology, most often on the Ethereum platform, Side Chains, Ripple, Bitcoin. Remember, however, that Bitcoin also allows simple transactions. However, it has its own limitations that do not allow the conclusion of contracts within its framework.

Smart contracts are, simply put, an electronic version of traditional contracts. Their goal is identical: to legally bind two people who want to conclude an agreement with each other. Each contract has its own block address. It’s just code written in JavaScript-like Solidity language. This is recorded in such a way that the address is only available to the interested parties of the contract. If you are interested in the development of blockchain software, Blockchain smart contracts, the development of a cryptocurrency wallet, the creation of cryptocurrency wallets, then the Ukrainian blockchain company iTizzi is an ideal assistant in this area, we will implement this technology both for web applications and sites and for mobile applications.

What are the advantages of this solution? Blockchain smart contracts: writing and testing

These types of contracts offer us a number of benefits. First – trust on both sides of the contract. The code is understandable only to the participants in this contract, so we can talk about security. Here, also, helps the very fact of having a blockchain, to which outsiders have no access.

Smart contracts are standalone. It is difficult to reverse the process that has already begun as a result of such an agreement. Such an agreement is, of course, easier to conclude due to its efficiency and low cost.

Smart contracts are reliable. Another advantage is that you do not need to involve third parties in the process. No payment platform or intermediaries are needed here. This, in turn, eliminates the transaction fee factor, which is so criticized, for example, in the cryptocurrency industry (bitcoin, ether, ripple).

The future of smart contracts looks promising now! According to Gartner, 25% of organizations worldwide will use them by 2022. They should also appear en masse in medical institutions (blockchain in the medical field). This way, patient data can be transferred between clinics, diagnostic centers, or hospitals. A good example of such an application of this technology is the MedRec project, developed by John Halamek, director of information for the Beth Israel Deaconess Medical Center in Boston, in collaboration with a team of scientists from the Massachusetts Institute of Technology. The Ethereum smart contract solution provides patient data (with their consent) to healthcare providers by creating an immutable digital ledger. Blockchain has also been used in elections (blockchain during elections) held last year in West Virginia. It is true that most people voted in the traditional way. However, some US citizens made their choice through the Voatz mobile platform, also based on Ethereum.

iTizzi Software Development Company is a Ukrainian blockchain application and software development company specializing in blockchain, Internet of things, automotive, web and mobile applications. We operate on a global scale, but the heart of our team is in Ukraine, Kyiv, Odesa, Lviv, Vinnytsia, and Eastern Europe. We are a close-knit team of engineers and designers who are passionate about helping our partners create an innovative, integrated world. Our engineers are also among the leading experts in blockchain technology.