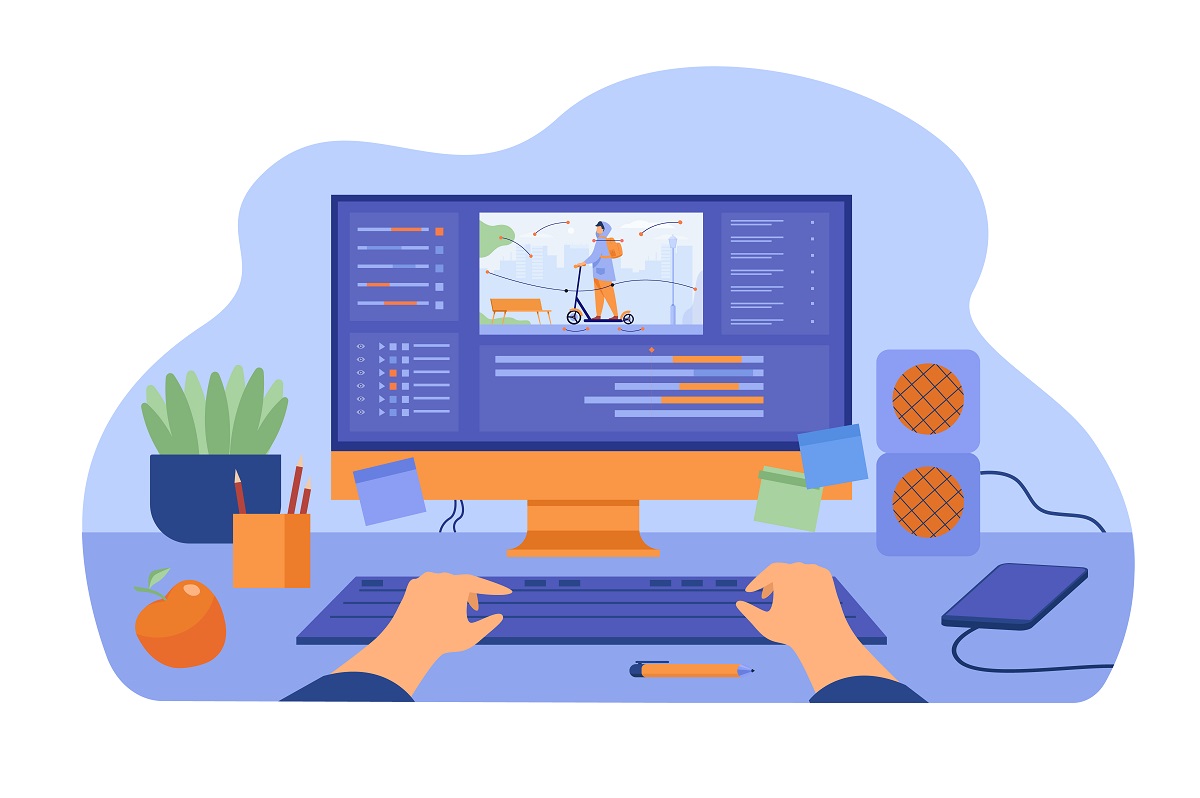 We will focus on creating monsters and the process of giving them the desired character.

What is concept art?

According to Wikipedia, concept art is a visualization of an idea. This is the simplest definition, but it does not fully reflect what the conceptual artists of the iTizzi company in Kyiv are doing. Concept art is also:

Let’s look at how we perceive game characters, in the case of our article – monsters?

First of all, their form and general figure are perceived. Later, the brain tries to find the head and eyes. In the case of humans, this is quite simple, because there is a schematic plan. With monsters it is a little more difficult because the head does not have to be on top, it can be, for example, on the stomach. Then we see the attributes and what constitutes a threat to the player. We automatically start evaluating how it is built and what the fight will be like. In a computer game, the most important part, from our point of view, happens before the start of the duel. The moment we see a monster, we start to wonder how we will fight, what weapons we will use, and then what the fight will look like and what emotions will accompany it.

In fact, a well-crafted monster concept art should answer all of these questions. The important thing is that the real battle takes place in the mind of the player even before the weapon is taken out. How we create a monster and what the first impression we make on the player will bear fruit throughout the game.

The first thing to plan when designing a computer game is the first impression. Before the fight, the player will ask himself the following questions:

Our job as concept artists is to react to them in the form of graphics. Of course, it must comply with the recommendations given to us from above from the customers, and also correspond to the climate prevailing in the entire game. In one case, we want to make the player fear, in another, so that he feels adrenaline or arousal, and in the third, we may want to make him laugh or make him feel sorry. Creating a character or his opponent is just one step in the complex process of making computer games to order.

The process of designing and programming a game is very difficult to squeeze into typical schemes, for example, in such as, for example, for launching a new production line in an enterprise that produces certain physical goods, for example, shoes. In such companies, it is very easy to determine when an order was placed for a production line, when assembly and testing took place, and when production and sales began. The production of a computer game in Vinnytsia is somewhat similar to the creation of a film, where, of course, it begins with creating a script (game concept), writing dialogues, preparing photo decorations (in the game – graphic resources), and only at the end, the shooting begins. This is, of course, a book sample that probably does not exist in practice. Films may contain new frames, scenes, characters, etc. that were not included in the original script. Some scenes that have already been captured are deleted. Game production in Kyiv is an equally dynamic process. This probably explains the differences in its description/definition. Completion of the concept phase of a game does not mean that during the prototype phase, or even the production phase, you cannot “add” a piece of the game that was not previously planned. To summarize the above – although they are very smooth and can overlap, in the development of games to order, the most basic stages can be distinguished:

This is where our work begins on the concept of a game that will meet your expectations. At this stage, we prepare introductory information on how the game (mechanics) works, suggested topics, and a sketch of the main elements,

Having accepted the idea, we proceed to create a prototype of the game, which allows us to show how it works in the original version,

The prototype of the game is being tested, as a result of which modifications and improvements are made regularly. This is the most difficult stage in the preparation of the game, in which its basic mechanisms are tested. We strive to ensure that the supplied product does not differ in quality from popular and well-known modern games,

Simultaneously with the testing of the game, iTizzi illustrators and graphic designers are working on the preparation of the basic elements Preparation for printing and production.

Successful completion of the tests allows you to present the final form of the game, refine the graphics, and develop instructions for the production of the game.