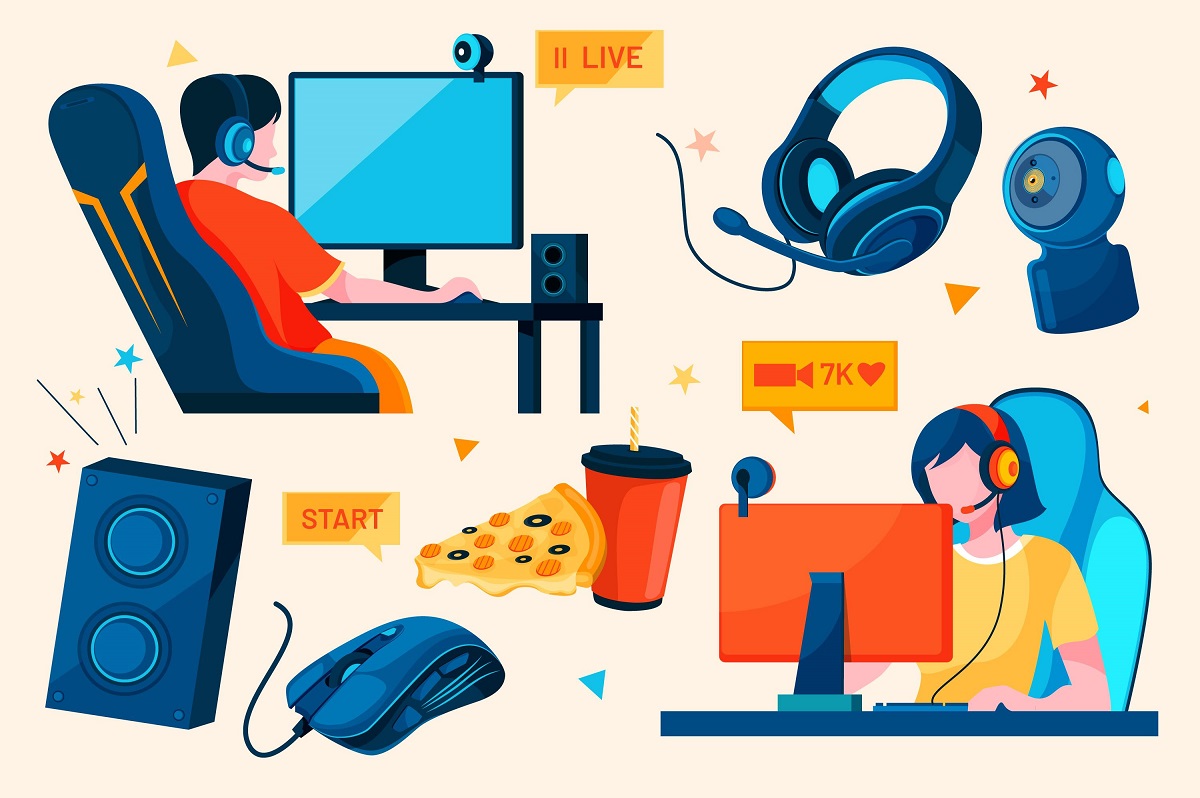 The value of the PC games market grew rapidly in 2018, reaching $135 billion, about 11 percentage points more than the previous year. The modern world is gradually adopting computer games as the new “entertainment provider”. Computer games have become a new entertainment designed for a mass audience, and their work has come to be regarded as show business.

Game development differs from application development in several ways. If you look at it from a simple point of view, both the game and the application have their own logic, described by the code, the representation of which appears on the user’s screen. However, there are also emotions in games. Will it be a feeling of victory over a defeated enemy, or satisfaction from a solved puzzle, or maybe sadness after the loss of a friend who was with us from the very beginning of the plot.

Computer games are works that combine many elements of aesthetics. In addition to the obvious ones like code, soundtrack, or artwork, there are also designs for mechanics, levels, and character animation. Creating a gaming experience requires many very different people to work together. In teams, we can meet people working in various sciences, who must be able to communicate with each other, share their visions and observations in order to create a good product. This principle of work is used in the development team at iTizzi, Odessa, Dnipro.

Let’s start with the game designer. At the very beginning, we need to get rid of the most common misconception about this role, that is, the role of the “man of ideas.” Everyone on the team has ideas. If you came up with an idea for a game now, it would probably be in your head in 60 seconds at most. Ideas are just a multiplier of the value of project implementation. The task of the designer is to evaluate and implement the idea as quickly as possible. If a designer doesn’t come up with an idea, what does he do then? The task of such a person is to prototype the mechanics that appear in the game. This usually involves quickly implementing new functionality and testing other team members to gather feedback. The designer himself is the last person to test his idea. He knows how the mechanics under test should work, so he doesn’t see any mistakes in it. Another task for such a person is to create levels (called level design) so that the player can naturally learn new mechanics or test skills that they have learned previously. The designer is also responsible for the balance of the game. We’re not just talking about making sure the numbers in Excel match, but also about ensuring the right pace of the game. The player should feel moments of intense stimulation, but also moments of rest and relaxation. Sometimes, designers are also responsible for balancing the monetization of a game.

The work on the elements of the game begins with a concept artist who, based on information prepared by the designers, sketches a vision of a given object or character. Thanks to this, it is easy to visually assess whether a given object will fit into the game world or not. Once approved by the project’s chief graphic designer (art director), the concepts are handed over to the modeler (3D artist) or illustrator (2D artist), depending on what type of object we want to create. The modeler’s job is to create a 3D model. The next artist we will meet on our way to the finished model is the rigger. Its task is to prepare a 3D model for animation.

Sound engineer – decides what you hear

When our game has a picture, it’s time to voice it. Making music and sound effects for games is a bit different from working with movies. When editing a movie, we know every moment when a certain sound will play, and we know at what stage the music will sound. The games are controlled by the player – he decides what happens at any moment, and the effects and music must react to this. Therefore, the sound engineer will have to perform several additional tasks. In addition to preparing sound effects for each interaction and music for situations occurring in the game world, he will also be responsible for mixing these sounds correctly.

Each of us can guess what the programmer is doing. It forms a part of the game that cannot be seen at first glance, and unites everything into a single functional whole.

Game development is one of the most popular areas in IT. The specialists and developers at iTizzi skillfully share the diversity of their tasks, from character design to implementation and launch of the project, and ultimately present the client with the best possible version of the game.