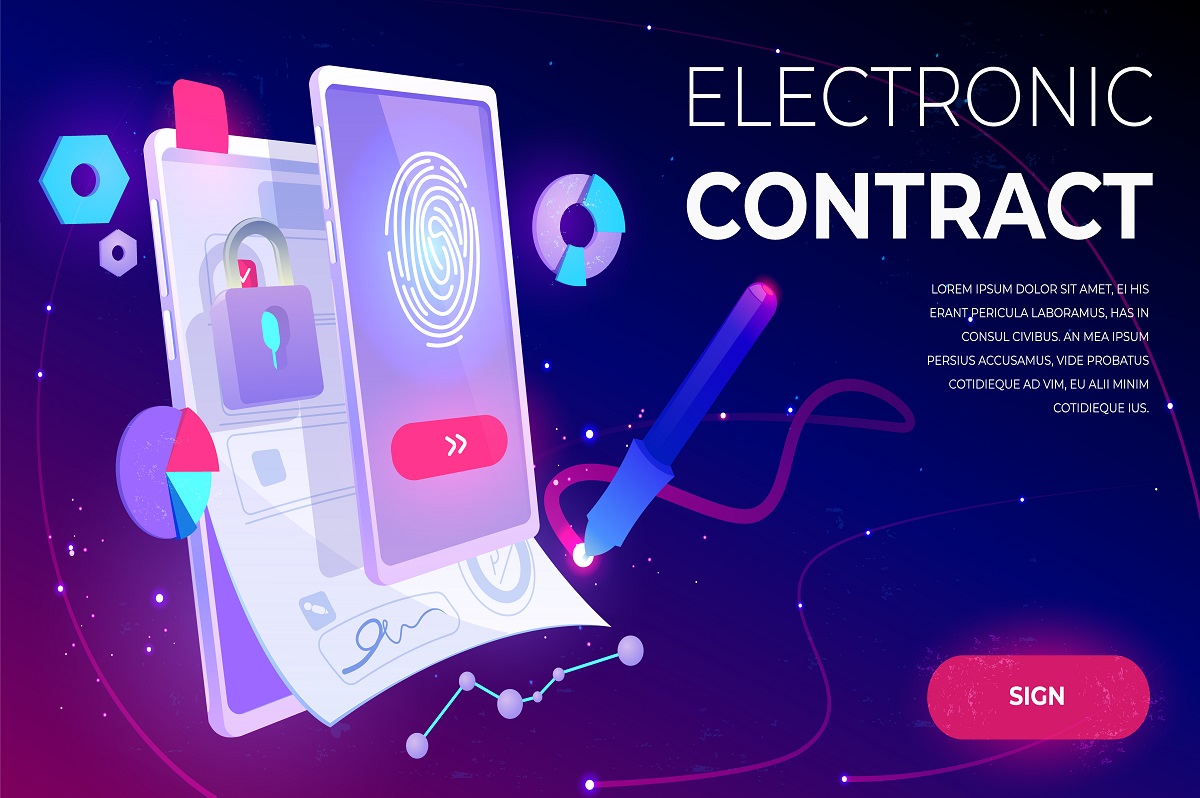 In cryptocurrencies, the easiest way to define what a smart contract is – an application or a program that runs on a blockchain network. Smart contracts are digital contracts that are therefore executed by a certain system of rules without human intervention. These rules are determined by computer code, it is copied and enforced by nodes operating on the network.

So, smart contracts created on blockchain networks allow the creation of certain network protocols in which users do not have to trust each other. In other words, the parties to the contract commit themselves using the blockchain system, without the need to know each other or trust to securely fulfill the terms of the contract. Each of the parties after the entry into force of the smart contract will be sure that if some conditions are not met, the other conditions of the contract will not be met. Smart contracts also eliminate the need to seek help from third parties (intermediaries), which significantly reduces the cost of contracts concluded in this way.

Bitcoin has been supporting smart contracts for many years, but this form of digitized contracts was distributed by Ethereum developer and co-organizer Vitalik Buterin. In this case, it is also worth paying attention to the fact that the approach to smart contracts differs in each blockchain network.

In short, a smart contract is a deterministic program. Which means that they perform a specific task when certain conditions are met. Smart contracts are essentially a set of “if … then …” rules. All smart contracts are actually a piece of code that works and functions thanks to a distributed network of blockchain nodes.

Given that smart contracts are computer code, they are highly customizable and designed in many different ways to provide many types of services and solutions. As a decentralized and self-executing type of program, they are able to provide greater transparency and lower operating costs than their traditional counterparts. It also depends on the approach and implementation whether they can improve efficiency and reduce bureaucratic costs.

Smart contracts are especially useful in situations where asset transfer or exchange is required between several or more participants.

Today shows that smart contracts already have many real-world examples of their use. Currently, they are most often used in the following areas: tokenization of assets, in voting systems, the creation of wallets for cryptocurrencies, in decentralized exchanges and in the production of mobile applications, games. Smart contracts are implemented concurrently with other blockchain technology capabilities, in areas such as healthcare, philanthropy, supply chain, broadly understood governance, or decentralized finance (DeFi).

Smart contracts, combined with blockchain technologies, turn out to be so multifunctional that it is possible that in the near future we will witness a rapid growth of applications based on them, therefore iTizzi Software Development Company offers their writing and use right now!